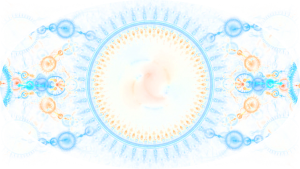 The first scientific output from Prof. Dubois and his team of researchers is out! Needless to say, this is way above our heads, but apparently Dubois found a way for a sleep-induced player of Tumbleweed to “dream before time”?? Dubois claims that most of his results are only preliminary, but there are some exciting things we got the blogging-green light on!

So apparently, Dubois was experimenting with Tumbleweed, as he played it with nearly double the output voltage. Don’t worry guys, this was cleared with the local Ethics board on Dubois Digital Submission beforehand. All the paperwork is in order. Through some exponential mechanism (don’t ask me how!), this created a nearly 100-fold increase in the potential charge barrier inside a synaptic chain.

Ok, eh, what? Here is the English version: These are nerve cells, inside the brain, juiced to perform at 100 times the intended energy, while sleeping. This enabled a back-loop effect in which the receiving end fired BEFORE the sending end had created it’s output. Can you believe this?? Dubois mentioned that a test-subject felt nauseous at one point in his Tumbleweed session, due to feeling a foul stench from a trashcan that had been knocked over in the dream. However, the foul stench had been felt before the Tumbleweed had reached the trashcan!! So reaction of the event, was triggered before the actual event had occurred.